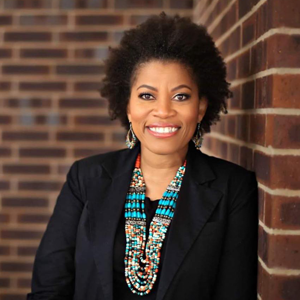 Monica C. Hardman is a retired Master Sergeant from the Oklahoma City Police Department. She retired from there after 23 years in 2011.  She is a co-author of the book Fabulous New Life II along with 18 other beautiful, brave women. She is the mother of three adult children and she has two grandchildren. In her spare time, she enjoys photographing birds, crafting, bible journaling, reading, listening to Jazz, and honing in on her purpose and enjoying life God's way. She also promotes positive and encouraging growth in one’s self and others, on Facebook (#MoniesMoments & #Seeding2018) and in person through speaking. She lives in Spencer, Oklahoma with her husband. 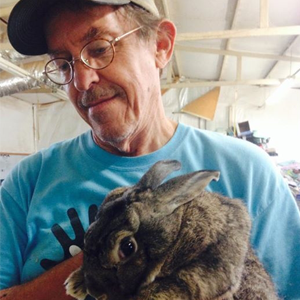 Glenn Lane is a board member at Heartland Rabbit Rescue and volunteers there for several hours daily (usually 5 or 6 days per week) and has done so for the past nine years. He also feeds a colony of feral cats two days per week. For the past two years he has conducted a small group dedicated to increasing racial literacy. He retired nine years ago from the behavioral health section of the Oklahoma Health Care Authority where he also served as the liaison for the Tribal Health Unit. Glenn retired five years ago from adjunct teaching at USAO. Since finishing grad school in the middle/late 1980s, he practiced psychotherapy, both privately and at various community mental health centers in Texas, Florida and Oklahoma as well as teaching as an adjunct professor at different colleges and universities in those same states. He attended classes at the University of Oklahoma, North Texas State University, Texas Women’s University, East Texas State University and Oklahoma City Community College. He holds an undergraduate degree and graduate degrees in psychology and a community college degree in computer science. Glenn lives with his wife, a cat, and two rabbits in Norman. 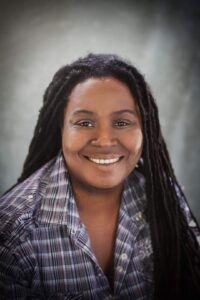 Wonderful Faison is the Chair of the English Department at Langston University.  She holds a Master of Arts in English, Composition and Rhetoric, a Master of Education, and a PhD in Philosophy with a focus in Writing, Rhetoric and American Cultures.  Wonderful has over 20 years of informal/culturally based knowledge and experiences with historically overlooked communities. 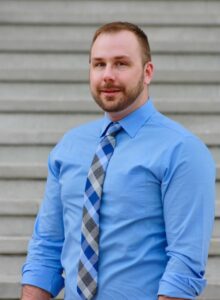 Kyle was born in Tucson, Arizona to Sheila and Dale Lawson and grew up in Southern Arizona. After finishing high school, they joined the U.S. Army as a Human Intelligence Collector. Upon completing their military service, Kyle attended college, majoring in business administration and minoring in psychology, and then worked for Congressman Jim Kolbe in Arizona’s 5th congressional district for three years. After Rep. Kolbe retired, Kyle worked in the private sector in Phoenix. In 2010, they moved to Southern Oklahoma to be near their family.

Since moving to Oklahoma Kyle has served as a Court Appointed Special Advocate for Children for four years, as an officer in the Masonic Lodge, worked with children as a Shriner, and served two years on the board of directors for Restoring Lives as the finance chairman. They were Mayor for the town of Gene Autry for three years, serving in the Mayor’s congress and on the Mayor’s council.

Kyle currently works as the Senior Regional Organizer for The Oklahoma Policy Institute and Together Oklahoma. Kyle has always been dedicated, hardworking and places an emphasis on community involvement 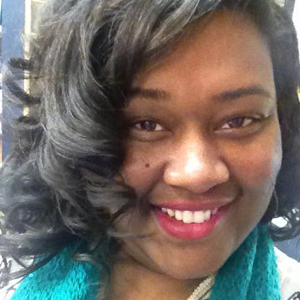 Denise is a Public Health Advocate and Communications Professional. She comes from a large family with various dynamics in the group. The experiences and interactions from her loved ones and life have helped shape and develop an insatiable desire to support the residence of human relations. She has a Bachelors in Complementary and Alternative Health Education and Certificates in Massage Therapy and Global Health. 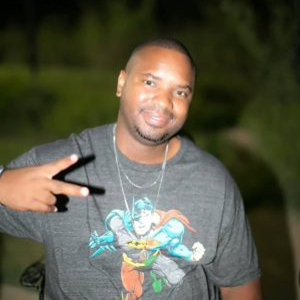 Cedric Currin-Moore graduated from Sterling College with a Bachelor of Science degree in Elementary Education and a minor in Biology. While in college, Cedric played football, ran track and worked with children from the community. After graduation, he worked for 14 years as a professional educator; teaching, tutoring and coaching children of all ages. Cedric has worked in the Expanded Learning field for over ten years as a consultant, STEM Director, professional development trainer, and instructor. As the Urban League’s STEAM Director, Cedric is able to combine three of his passions: the STEM field, networking with new people and being an ambassador for youth. He has witnessed the positive impacts that afterschool programs can have on the social and academic lives of middle and high school students.

Celeste Jean-Roy has a Bachelor's Degree in Liberal Studies with a minor in Clinical Research and a Master's Degree in Human Relations.  She also has a certificate in Development and Diversity.  Celeste is  a wife, mother, grandmother.  Nonprofit work has always been her passion. 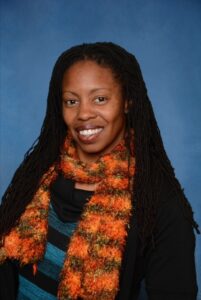 Jasmine currently works in Japan for the US Department of Defense. She also works part-time as a Teacher of English as a Foreign Language. Her alma maters include The University of Texas at Austin, Oklahoma City University and The University of Oklahoma. She likes to serve her community through
contributing her time and efforts in areas such as education and training, and event organization, planning and coordination. Jasmine is a furr-mom of a cat and dog and enjoys traveling, outdoor activities, learning about various cultures and spending time with family. She aspires to be a polyglot and a full-time wanderer. 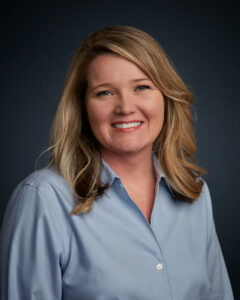 Holly Anderson is the director of marketing, communications, and recruiting at the University of Oklahoma College of Professional and Continuing Studies and OU Outreach. She has dedicated her career to higher education, including six years teaching English as a second language to incoming college students as well as 10 years in marketing and communications spanning programs focusing on adult and non-traditional learners, international students, and health research. Her passion lies in envisioning and executing solutions for complex situations and empowering her team to create work they can take pride in. Holly holds a master’s degree in teaching English as a second language, a bachelor’s degree in anthropology, and a bachelor’s degree in journalism with an emphasis in professional writing.